Colour me particularly stupid here; but I had never before thought to look at the etymology of the word until a few days ago. It’s from the Middle English (denoting a store of meat) in turn derived from the earlier Old French lardier, from medieval Latin lardarium, from laridum.

“In the past, and in many peasant societies, the pig has been a vital source of food for the winter: it can be salted and preserved, and traditionally you can eat every part of it except its squeak. This is reflected in the word larder, which in origin is a place for storing bacon. It comes from the French word meaning ‘bacon’ that also gave us “lard” (Middle English), and the “lardon” (Late Middle English), a cube or chunk of bacon.”

It’s a redolent word, speaking of mothers and grandmothers and food and childhood and long summers and exotic, enticing smells and taste; but possibly memories only of those people of a certain age upwards — I’m not sure that it has such the same resonance with people less aged than this wrinkled specimen — as both the larder and the pantry seem to have disappeared, certainly as the separated spaces in normal family homes * that they used to be.

* (a.k.a developers shoe-horning in as many tiny ‘rabbit hutches’ onto the land as they possibly can)…

The loss of this room can also be laid at the door of the now almost 100% dominance of the humble ‘fridge in every house in the land. That — along with the long-life, packaged, chemically preserved produce of all types supplied via supermarkets — means that the cool, dry larder is going the way of other old, archaic, household items — not many people now need a mangle to dry off their washing, an ice-house in the garden (even if there were room) for the summer months or even a ‘cabbage mushroom’ (look that last one up if you have no idea what I’m talking about).

I well remember the larders and pantries in the houses of my childhood; with 5 children and only a farm worker’s income my parents must have struggled to feed us on their very limited budget but — at least in my memory — the shelves always seemed to be full to overflowing and I don’t recall ever being hungry and not able to find something there to eat. This shot below is of the rather threatening sounding thrawl (albeit a word used mainly in Derbyshire and Yorkshire); a stone slab or shelf situated inside the larder that kept meat and milk and other perishables cool. 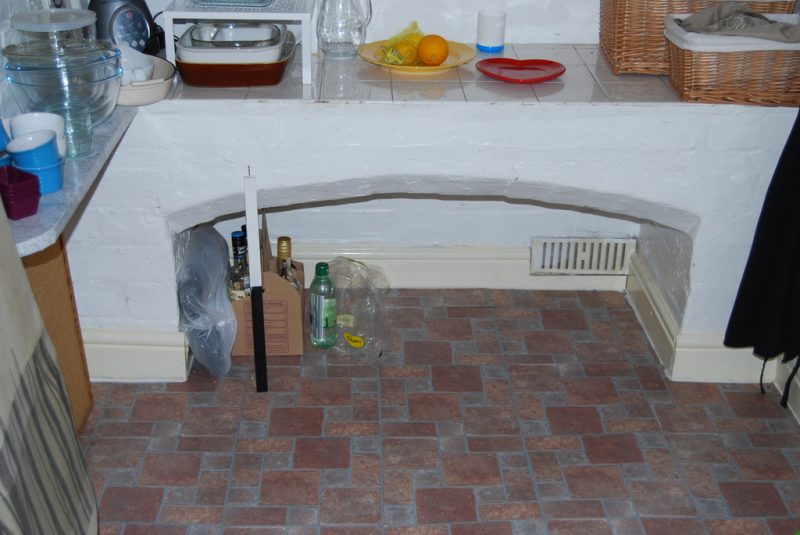 © Living in the Past Community Archaeology Project via Flickr

This threnody to the demise of this lovely tiled or whitewashed space was prompted by a BBC4 piece entitled “Apples, Pears and Paint: How to Make a Still Life Painting” highlighting the work of a Spanish Carthusian lay brother, Juan Sánchez Cotán.

Between 1600 and 1602, before finally taking holy orders and being lost to the secular world, he managed to produce his “bodegón” or “larder pieces”. These are austere, beautifully detailed and observed, almost mystical works, highlighting — against a deep, black background — a few vegetables, fruits and the occasional game bird (with some of the items suspended from a string) in the apparent confines of a concrete block; the 17th century small version of the larder and their method of preventing food and vegetables from rotting.

They’re some the earliest still life paintings executed anywhere. I’d never seen them before; I love them, the other-worldly imagery he summons. And it’s only a shame that so few remain…

This is my favourite; “Still Life with a Cardoon (thistle)”… 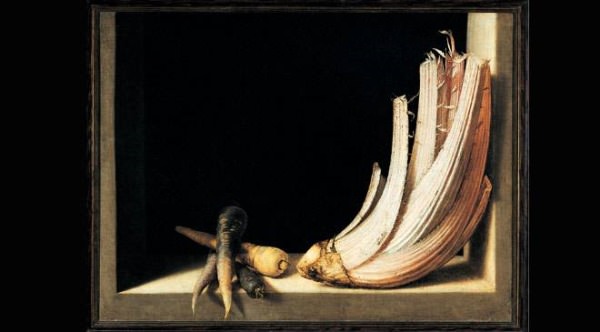 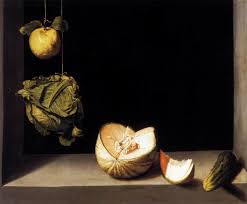 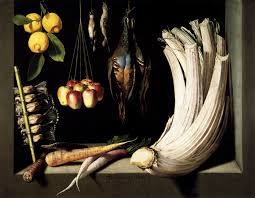 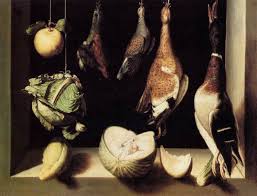 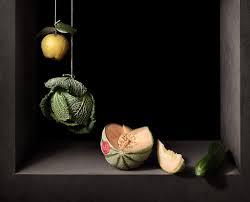 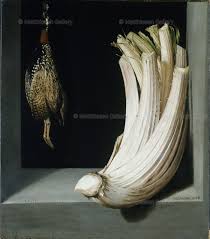 Just stunning. Just a shame there’s no pork shown. But as an austere man of an austere order, I suppose that’s to be expected. So, much more pork is planned in the next few pieces.

And finally? How about a New York restaurant called “Belly”? With a Korean heritage based all-bacon tasting menu, similar to the omakase tradition in sushi bars, its nine-courses are decided upon by the chef and changes each month, based on what ingredients are in season. When Donnie, “The Orange Stain” Trump is but a distant memory and I thus feel morally able to re-visit the US, this place is on my list of “must-eat here” restaurants…

Just look at them all. And drool. 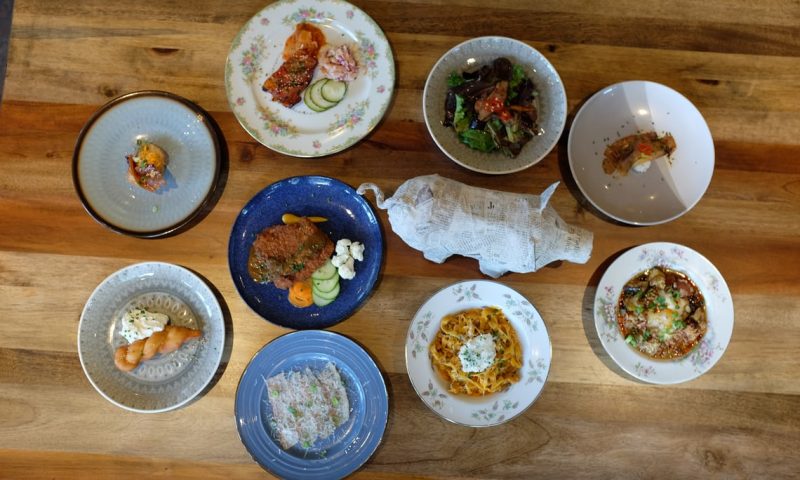