Eat well, save money, save the planet…

…is a helluva on point mission statement from @TooGoodToGo_UK . One I’m 100% behind. 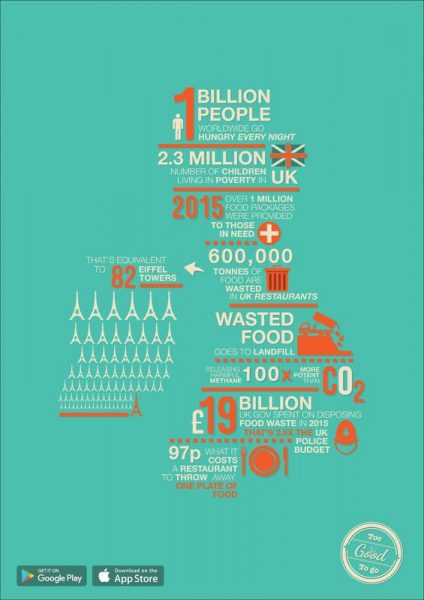 Started in Denmark and since expanded to parts of England — pleased to see that they’re already close to us in Cambridge & Peterborough — they now have similar foundations in six different countries and in not much more than six months — through this food re-distribution scheme — they’ve helped prevent over 200 tonnes of carbon dioxide going up as greenhouse gas emissions as well as providing over 14 thousand meals, that would have otherwise been discarded, to those most in need.

Via their Too Good To Go app, you can order food that would otherwise be thrown out by local restaurants, bakeries and cafes, collect it up to an hour before closing time — from as little as £2 — to eat ‘on-the-go’, all neatly packaged up in an environmentally-friendly TGTG sugarcane box.

It’s another small part of the ongoing global set of efforts to find sustainable solutions to making the very most of what we’ve got, in order to prevent further damage to the only planet we have. In their case, the primary goal is obviously to raise awareness of & reduce food wastage, but also, in a similar manner to The Real Junk Food project I talked about in an earlier piece – to prove that much of what is binned is still completely safe to eat and that it’ll actually taste even better when it’s part of your own efforts to help protect the planet.

Dan Barber would be proud of ’em.

Some of the frankly horrendous statistics are shown above: currently, we waste almost 40% of all the food we produce worldwide. Some 28% of our planet’s agricultural land is used to produce food that doesn’t even make it as far as a plate; and even worse, when this rots  away in landfill it then releases damaging pollutants that can be up to 100 times more potent than CO2. Research indicates that 20% of the UK’s greenhouse gases are associated with food production, distribution and storage. Were we to eat all the edible food currently thrown away, we’d save CO2 emissions equivalent to taking one in four cars off the road, whilst it is estimated that wasted food from the USA, Europe and Asia could feed the world three times over.

So, what are you waiting for? Off you go and support this group as well!

And finally, whilst we’re at it, let’s not forget our very own home-grown Olio who I’ve written about before and who’ve been doing a similar thing with household spare food for close to two years now. Do you think the message is getting through to people now? I sure hope so… 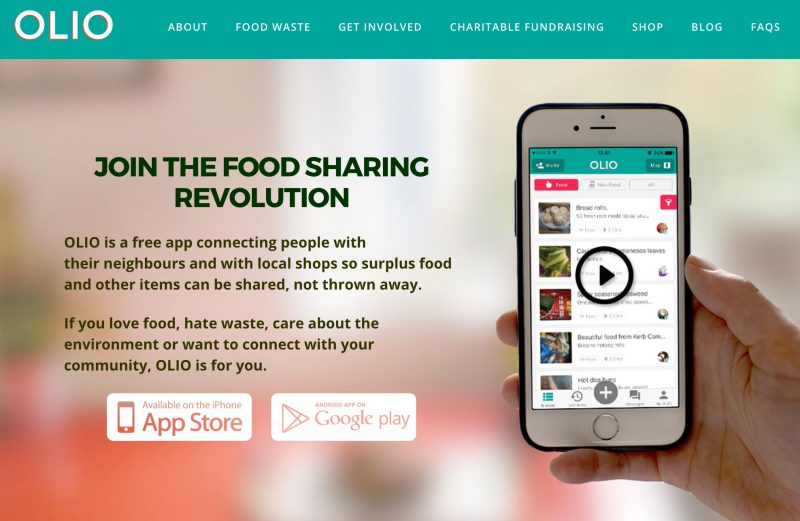