HT @val_littlewood for this image that gave me pause for a few seconds.

It comes from the the Imperial War museum and is sub-titled, “Join or Start a Pig Club”. 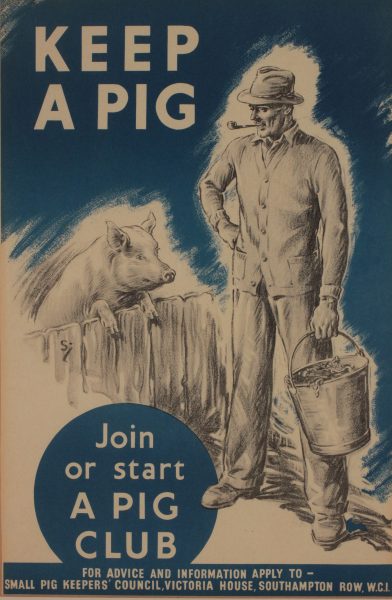 The home farmer shown looks so like my father — dead for a number of years now — but a committed pig farmer for nearly 20 years of my life and a veteran of WWII. And in another strange twist, the Small Pig Keepers Council was located at Southampton Row, London, just a few doors down from where I used to work back in the 1990s. A small chunk of personal history encapsulated in this wartime home propaganda image.

The strangest things remind me of you Bernie. I miss you.

And alongside this image is one that is still very germane today and on a subject that I’ve talked about on more than one or two occasions on this site. 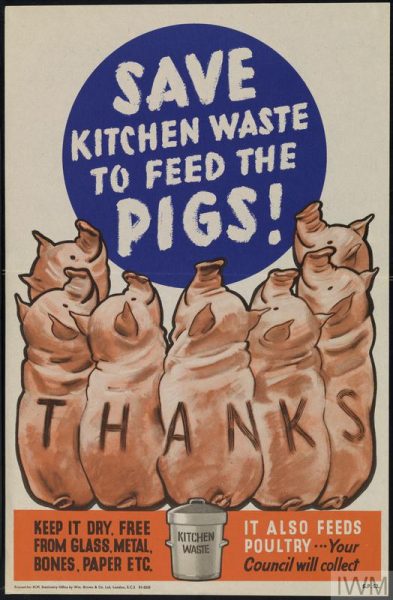