Ramen cooks are the punks of the food world in Japan 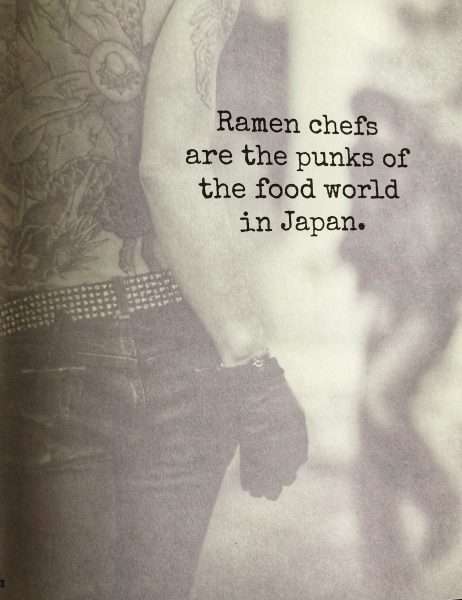 I’ve started reading the Bone Daddies book. A full-on ramen (and many other delights) joint where they’re so hard-core that there are even extra pipettes of fat to mainline straight into the bowl, just on the off-chance that having an entire, wrung-out pig in it already, just isn’t quite enough fat & collagen for you.

A book which, in true Japanese manga style, is read wrongly (to Western eyes), from back to front. There’s even a helpful hint on the ‘front’ cover. 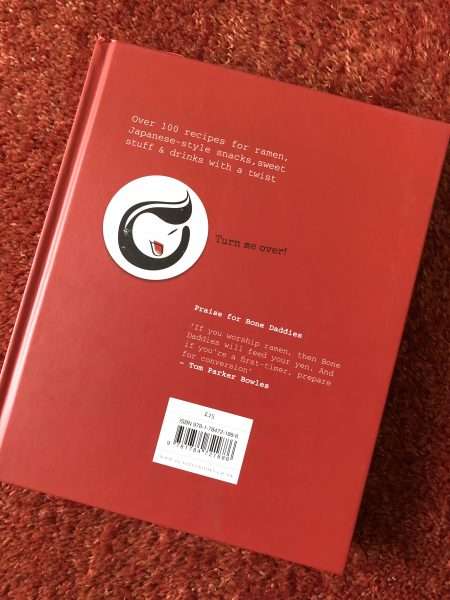 This is them making the tonkotsu pork broth; pork bones boiled for anything up to 24 hours (or longer) until every scrap of marrow and fat and collagen has melted into a witches-brew, milky-hued, alchemists’ wonder, thick with flavour and intense with umami.

And this is exactly the process I use. Who knew how exactly on point I was eh? Just slightly less exotic gear in my kitchen. And the quantities aren’t quite of this industrial level. But, those mere quibbles aside, it’s me to a T. Honest guv’. 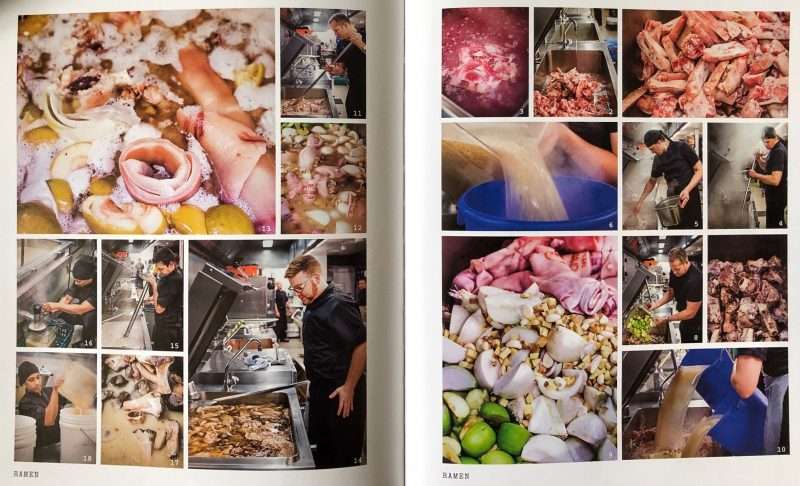 They remind me also of Mathew Ramsey whose “Pornburger” has also been a reliable source of recipes since it came out. He’s a Michelin star level chef but appears to be quite content running pop-ups and pushing out cheap puns. And none the worse for that.

There’s a Bourdanian, “Get Jiro!” feel to some of the graphics from Ramsey’s book… 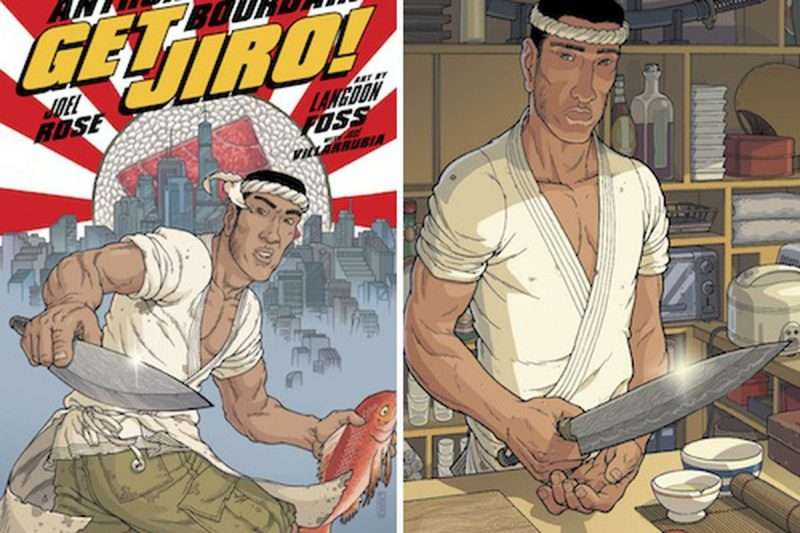 And in the month of the first anniversary of his untimely — to his family, friends and fans — death, that’s no bad thing at all.