Room with no view; but you’re fed

Val is in Peterborough hospital as the previous op wasn’t successful in getting rid of the infection in her badly fucked up finger. She tested positive for MRSA. The tissue around the earlier splinter wound was necrotic. As I write, she’s waiting for a second op to try and fix her; mention was made by the consultant that “you may lose that finger”. Not optimal for a right-handed artist.

Anyway, this was her menu from Hinchingbrooke hospital 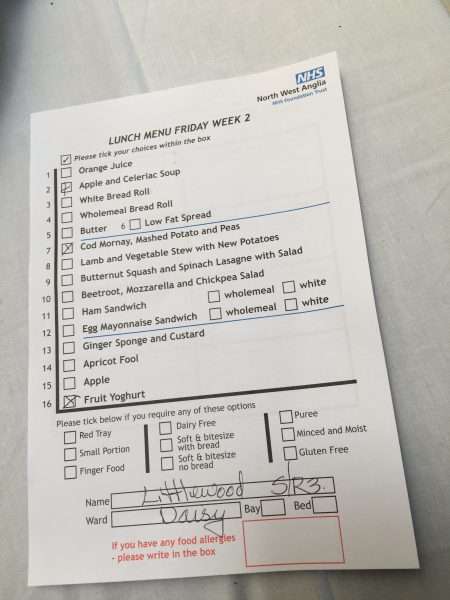 where she took the celeriac & apple soup and fish with mashed potatoes. 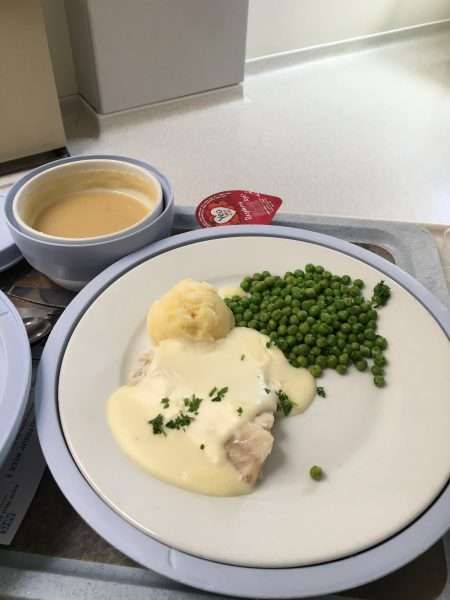 Unlike my memories of hospital food back in the previous century, this really is good.

She’s on “nil by mouth” at the moment, so hasn’t had a chance to explore the menu from Peterborough hospital. If the op goes ahead this afternoon, she gets to eat later today… 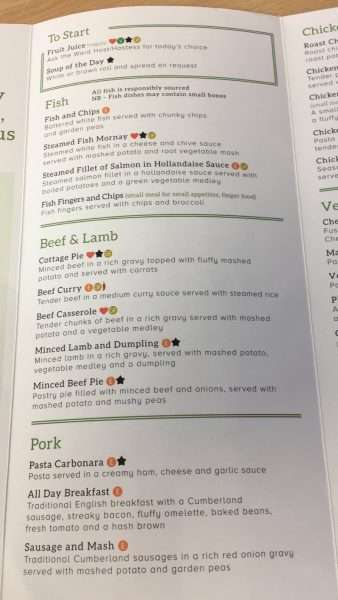 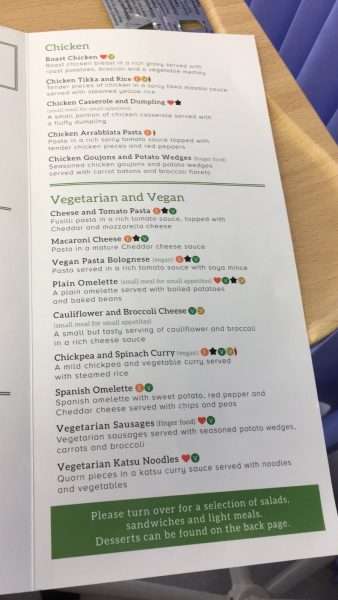