Sad to hear that Pitt Cue, opened back in 2011 — the bricks ‘n mortar version that is — by Tom Adams & Jamie Berger, has closed down. 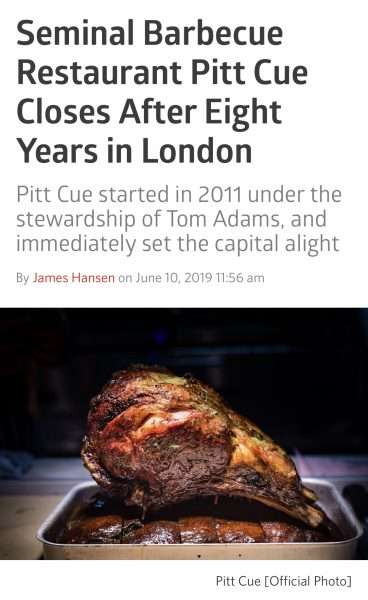 The move from the (admittedly shoe-box sized) Soho location, to a much larger one at the edge of The City meant the vibe changed. It wasn’t the same; and whilst that’s possibly “I knew that band long before they were selling out Wembley” hipster, sour-grapes on my part, the new place — much bigger & much more expensive as it was — just didn’t seem to have that fun, that craic, that edginess, that the original site on the corner of Newburgh Street generated and that we so loved when we ate there and that Jay Rayner — eloquently as always — also rhapsodised about. 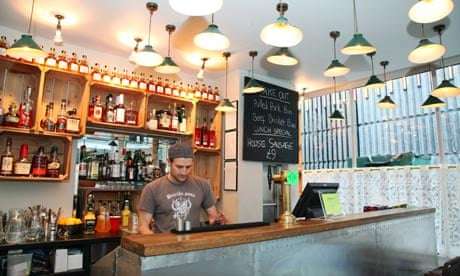 It’ll be missed though. It was a pioneer. RIP.