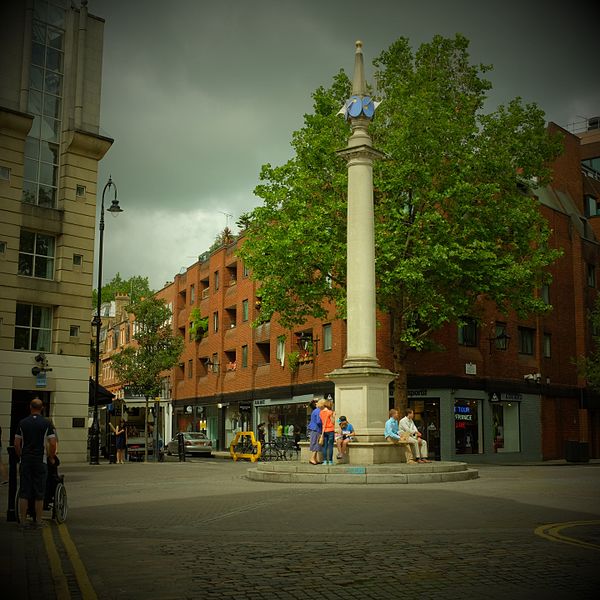 …contrasts rather vividly with this etching of the same area, dating from the Victorian era. 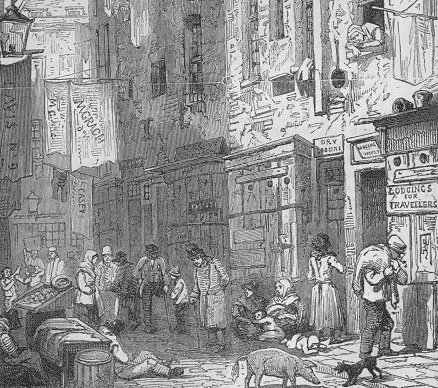 As villages grew into towns and those towns merged together — almost silently and apparently seamlessly leaving only a few names that reflected their earlier rural location– to become the rapidly expanding cities, pigs quite happily followed man into these urban sprawls; it was after all the best place for the former to find food from the latter.

There is always a place for the pig. Well, except in those few areas where religious maniacs have strictures against their consumption. More fool them.

From the 1300s on, London was full of piggeries and they were just getting bigger & bigger & bigger. The owners would routinely let their pigs out into the streets to scavenge and fatten up and, although these city pigs were good for dealing with decomposing human waste, they produced their own as a necessary by-product of this consumption; soon becoming a (yet another) new health hazard.

A few more fun facts: there were (possibly apocryphal) stories of whole families of pigs seen living in the sewers of Hampstead. In 1850 Shepherd’s Bush was dubbed ‘the pigsty of the metropolis’ because nearly every house (sensibly) kept at least one of them as part of the family. And around this same time (in the newly minted role of) health inspectors, over 3,000 pigs were found in the Potteries (now Notting Hill), distributed between some 250 properties.

Seven Dials isn’t anywhere near as smelly as this nowadays….