They do rock – with tough ancestors from Essex

The title? Firstly a reference to a T-shirt in the States, trumpeting the undoubted virtues of the Duroc breed. 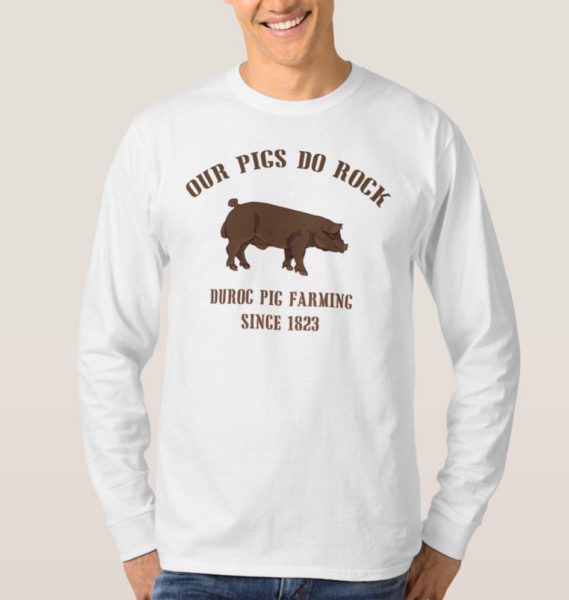 And also a note that the British Saddleback was crossbred from the Essex and Wessex varieties and has popped up in the depths of Cambridgeshire, that’s all.

So, today: located in the quiet, rolling countryside, barely four, sign-posted, miles outside the ‘city of perspiring dreams’, is Burwash Manor Farm, a fascinating and popular organic farm run by the 4th (“assisted by the 5th”) generation of the Radford family.

We arrived to find some of the family & crew wiping their brows and congratulating each other on having finally and successfully re-captured one of their Duroc boars, one who seems to make a regular habit of breaking free from anywhere he’s confined. If you know anything of boars, you’ll know that they’re smart, energetic, intelligent and persistent — if they can find a hole in a fence or wooden structure, they’ll work their way through, eventually  — so his almost uncanny ability to emulate Henri Charrière is hardly surprising. 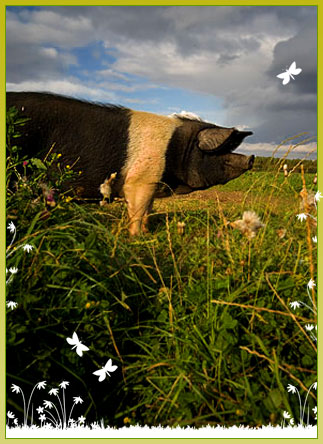 After a walk around some of the acreage of their fields, we felt virtuous enough to decamp to The Larder, a beautiful, beamed, high-ceilinged barn looking as though it’s recently had more than a few pounds spent on a re-furbishment and now working as a great delicatessen. I could have spent hours there and made myself penniless. Instead, we managed to escape with a couple of pounds of their British Saddleback bacon, some farm-made Scotch eggs and a few other items that fitted neatly into the bags (and yes, we forgot the box of fresh farm eggs that we’d paid for!). 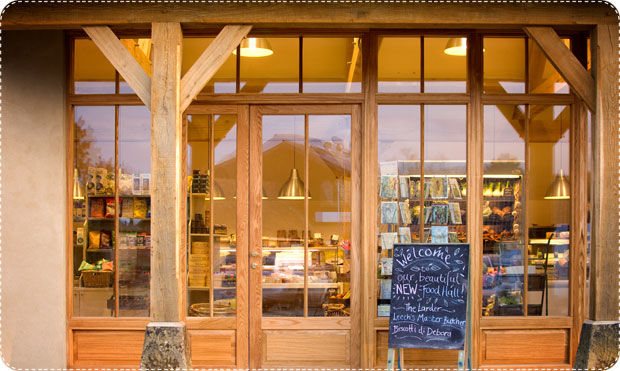 It’s a great place. We’re going back. Oh, by the way, there are a LOT of other shops there, not “just” the deli and there’s a working blacksmith on site as well.