Is that a speck in your eye? Or are you just laughing?

Apart from a mention of it here earlier on the blog, I’d just come across something in this book that I needed to share with you. If you can get hold of a copy of this commendably slim book, it’s  well worth a read; 2nd-hand copies are only a few quid. It’s funny, astute, endearingly nails the food snobbery* of the 80s/90s/oughties very well — it’s still very applicable — and has some great “deliciously mean”, waspish lines. Such as this description of speck:

“Speck. Smoked, dry-cured boneless ham indigenous to the Italian Alps, where the cultural influence is more German than Italian. The abrupt, unsensual nature of the word speck—which simply means bacon in German—is often confusing to Novice Snobs, who mistake the pork product for such unrelated foodstuffs as spelt, the southern European grain, or QUARK, the German curd cheese. In reality, speck is often sliced and served with figs like a fine prosciutto or chopped and added to a carbonara sauce like bacon.”

*[food snob noun : reference term for the sort of food obsessive for whom the actual joy of eating and cooking is but a side dish to the accumulation of arcane knowledge about these subjects] 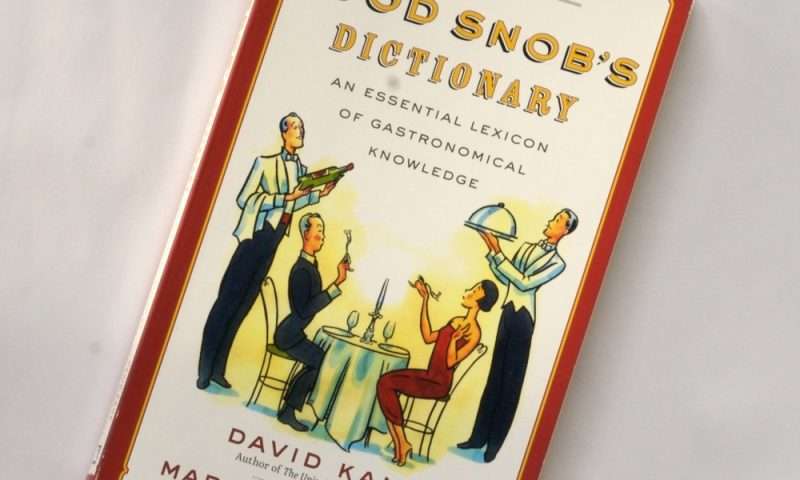