Is the first cut always the deepest?

Let’s start at the Schnörrli and work back shall we and see how best to cook all the animal?

And whilst there’s some differences between the breeds both in terms of fat to flesh ratios (think Mangalitsa v. Large White) and thus, the size of the cuts able to be made from them, this guide to how best to use all of the animal (diced up over the next few weeks for your delectation), pretty much applies to any of them. 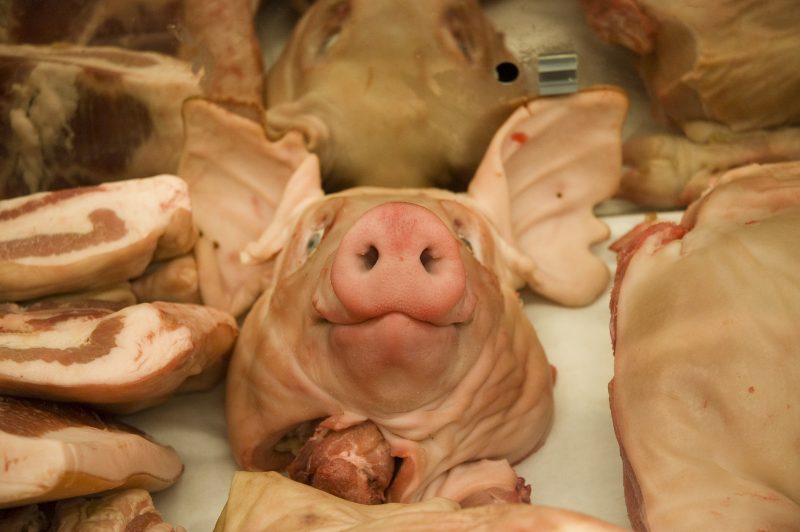 The butt (see what I did there?) of jokes to some (think back on a not lamented, ex-Prime Minster and his public school sexual proclivities) or an object of horror to others, the head is full of fatty, rich, gelatinous goodness. Although people rightly say about the pig that one can eat everything ‘except the squeak’, the eyeballs – albeit edible – aren’t something I’d recommend you hurry to try but the rest of the head provides lovely rich pickings.

The whole thing: unless you have quite a large pot, it’s probably best to ask the butcher to split it in half; then either slow roast until it’s lip-gluingly tender or simmer it in water with some bay leaves, good stock, sliced vegetables and some herbs until it’s whisper-soft (Fergus does it this way below), falling off the bone. Pick the meat from the bones and set in a terrine with the reduced cooking liquid (which will have jellified) to make brawn.

Ears: this recipe is by the very wonderful Stéphane Reynaud in his (aforementioned and canonical) “Book of Tripe”… 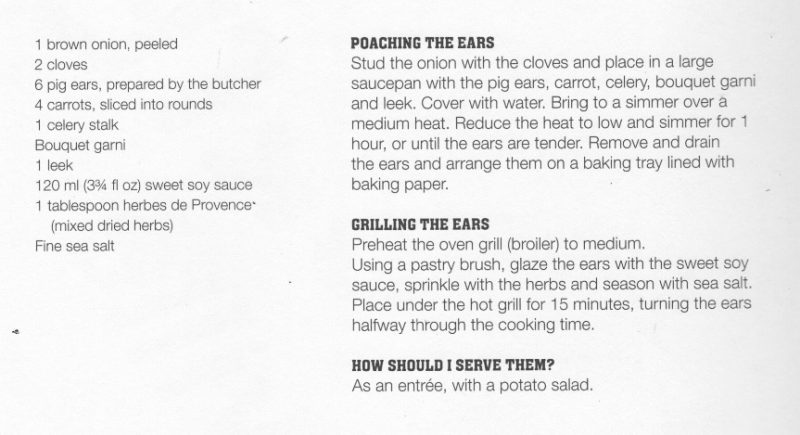 …resulting in this delight… 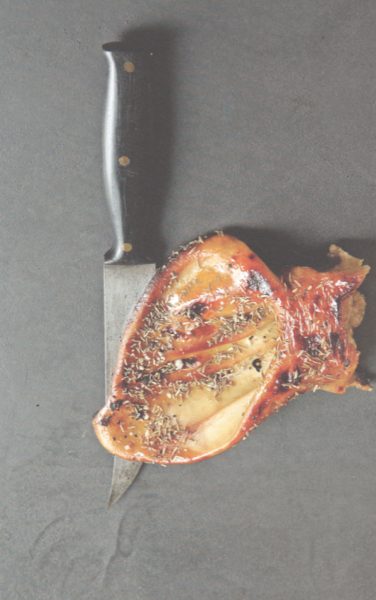 Cheeks/jowls: sweet, delicious nuggets of tasty meat that require long, slow cooking, thanks to the work they’ve done. They can be salt cured overnight, simmered gently for a few hours and then bread-crumbed and fried to give you Bath chaps. Known as guanciale in Italy, the cheek should be finely sliced if it is to be grilled or fried as a bacon cut. Cured, the cheek is also a great addition to a bean or lentil soup. Or you can slow cook them in (I’d suggest duck) fat to then make a cured pig cheek pate.

Snout: not often cooked on its own so it’s usually included in a recipe for brawn or roast head (as below). That said, it does yield a small amount of lusciously tasty meat and can be simmered until tender, then again sliced, bread-crumbed (or panko-crumbed would work) and deep-fried until a golden brown. crunchy mass.

And of course, such a guide wouldn’t be complete without a full couple of recipes from the canonical “The Complete Nose to Tail: A Kind of British Cooking” by the equally canonical Fergus Henderson: 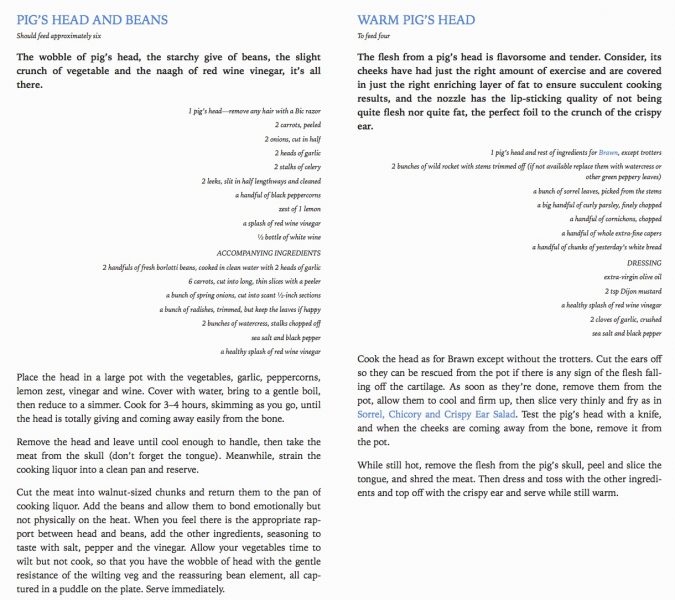