Scrabbling for the scrapple

Scrapple, liver pudding, livermush and goetta are all regional names for variations on some form of offal-grain combination. All a little bit different, but with a couple of umbrella ingredient to bind them all under one broad-church roof.

Scrapple is the American word for a dish made of offal (in this case, a pig, using the head, heart, liver, and any other trimmings available), which are then boiled — leaving any bones attached — to make a broth.

Once cooked, the bones and fat are discarded, the meat is reserved, and dry cornmeal is boiled into the broth to make a “mush”. The finely minced meat is then returned to the cooking pot along with any seasonings, often sage, thyme, savory & black pepper — although proportions and seasoning are as always, very much a matter of the regional and the cook’s taste.

The mush is formed into loaves and allowed to cool thoroughly until set and then typically pan-fried to eat. 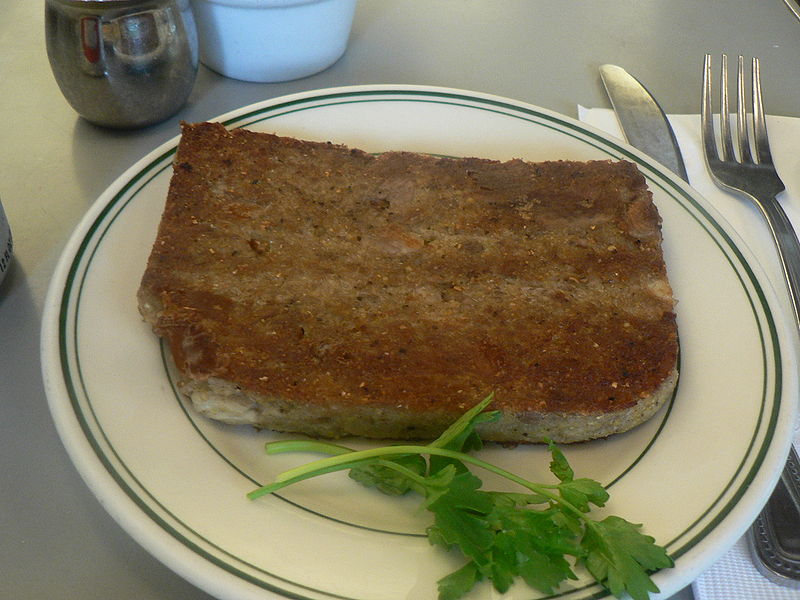 A plate of scrapple

Does this description remind anyone of a dish féted in Scotland? The inestimable haggis? It should of course. I’ve talked elsewhere about how offal is important and how using it, rather than simple throwing it away and wasting it, is equally important for a grown-up food system. 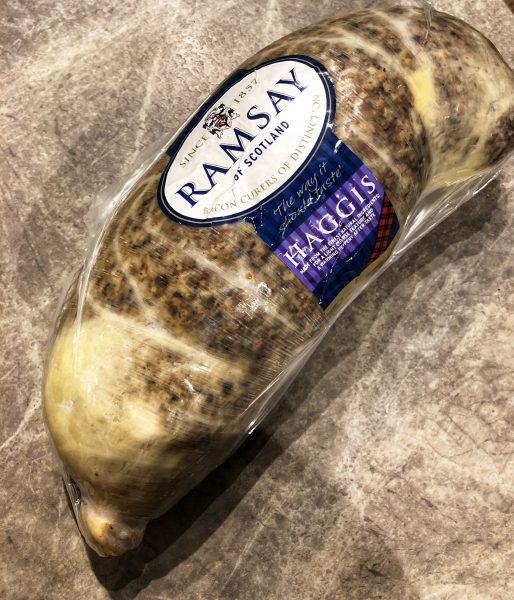 I’ve taken list of some similar others from the Wiki page on scrapple, so you can see how this type of offal usage is common across the entire planet.

And the luxury of offal?

The reason that offal formed (still forms) such a large part of so-called “peasant cuisines” the world over is not because it was cheap, but because it was prized. I hadn’t realised this was the case, until I read the excellent “First, catch” by Thom Eagle, where he mentioned this.

As it’s rather hard to make a good fist of curing these parts of the animal, it was the only fresh meat that most (read: “anyone except the landed gentry and nobility”) people ever ate. Everything else was saved for later consumption, whether by salting or smoking or by drying or hanging. Fresh meat was really fresh, often taken immediately from the field or paddock, to the kitchens and then to the table, to be eaten straight away. No hanging beef for 30+ days in those days.

So, killed to order. Not a luxury available to the man-in-the-hut, whereas offal often was. And valued accordingly. And “humble”? No, not so much. Came originally from the word umble, a word for minced offal, in turn derived from the French nomble, for deer offal.

Quite frankly, it’s all delicious, so if offered anything looking remotely like this in any destinations, far and wide, accept it and eat it, straight away. You’ll be glad you did.