“Hog”; the whole hog and nothing but the hog.

If any man (apart, obviously, from the, “should be, if I believed in religious rubbish”, sainted Fergus Henderson, who can do no wrong in my eyes) can be said to have re-vitalised a rather staid, sometimes moribund meat scene in England, then it’s one, Richard H. Turner.

He’s a big lad, as you’ll see from the photos accompanying this piece, but I imagine needs to use his fists in anger rather less often now. Or so he says. I for one, am not going to start an argument with him over this particular claim… 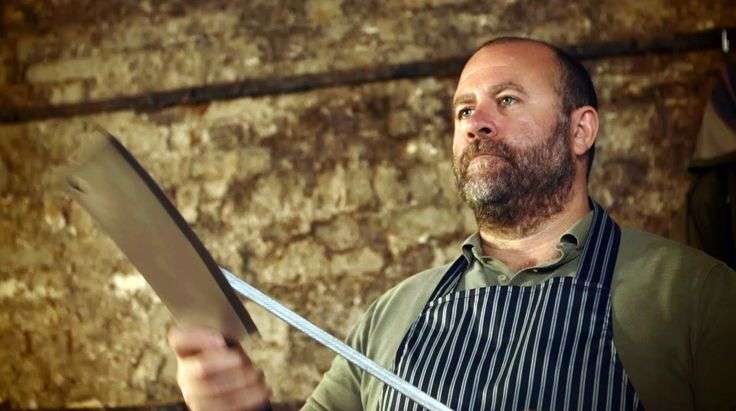 He also has a chef-ing CV that encompasses working with the likes of the Roux brothers, Pierre Koffmann and Marco Pierre White.

He might look a little like the devil’s apprentice but he cooks like an angel. As the very marvellous Diana Henry says, “Turner’s food sends me”. I agree. Diana is also the author of her own book “Salt, sugar, smoke” which I didn’t know about before but is now on order…

After his stint in those kitchens, he then went on to found, alongside the amazingly young looking James George, the online-selling “East London Steak Company”, which then became — after they setup in an Islington based, actual bricks ‘n mortar, shop-front location — simply “Turner & George, meat merchants”. 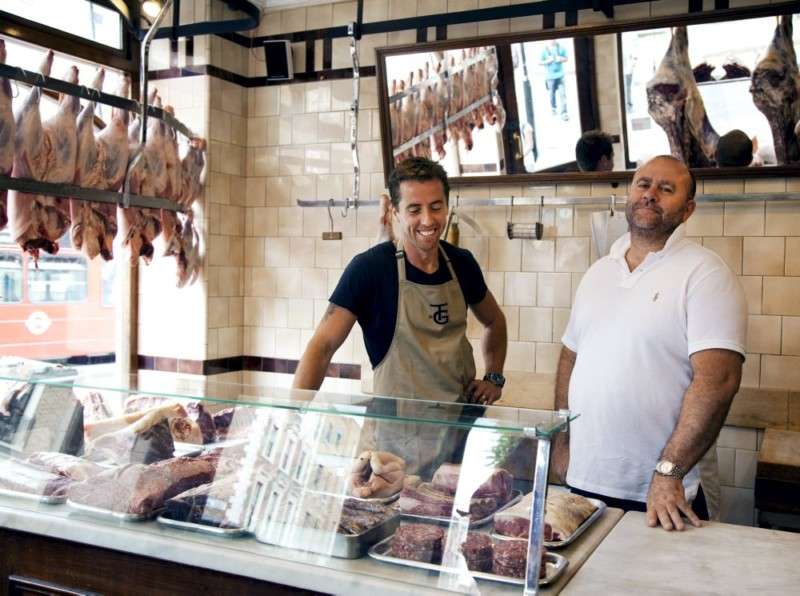 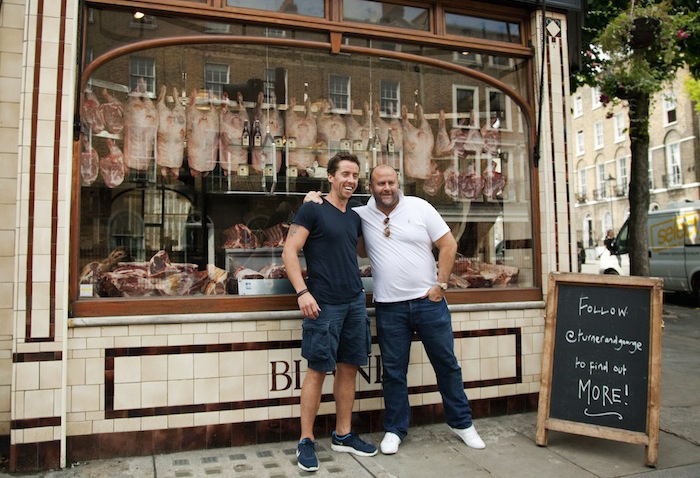 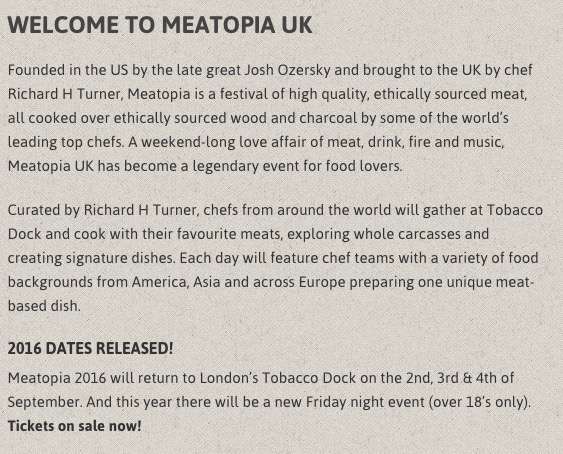 Phew! Another over-achiever or what?

And so, finally, to “Hog: Proper pork recipes from the snout to the squeak“.

This cookbook is really the pork Bible. No, wait, let’s not use that last word eh? Too many horrible religious connotations there — it’s the pork Nirvana (yeah, yeah, yeah, I know, that’s not exactly a perfect choice either but…).

The book is broken down — an apt expression when you think of his butchery background — into various groupings inc. “Not-So Primal Cuts”, “Prime Cuts”, “Chopped, Minced and Mixed”, “Sausages”, “Cured”, “Snoot to Tail”, “Smoked” and “Basic Recipes”.

That latter contains a recipe for the unpretentious Croque Monsieur (which is, essentially, just a posh ham and cheese toastie), that Turner first had as a staff meal at Le Gavroche. Classic comfort food at its very best, it’s something you can knock up in a flash. But it’s no less wonderful for that. And that in turn makes you realise that there’s a fresh way of looking at anything if you stare hard enough and long enough.

So, where to start? How about his slow-roast pork with anchoïade? Yup, that’s right, with anchovies. Remember my piece on umami? That’s why he uses them:

In the book, Turner shares some information about anchoïade: “Anchovies are a rich source of umami and salt, and have been used since Roman times as a kind of condiment for seasoning meat. In 1466, the French King Louis XI exempted the anchoîeurs from paying the gabelle (salt tax), and anchovies grew in popularity as a means of seasoning food. When used in this way, good anchovies have almost no fishy flavour and simply enhance the meatiness of the pork, lamb or beef.”

If you get it right (and using his recipe there’s no reason at all why you shouldn’t), then it should come out looking like this 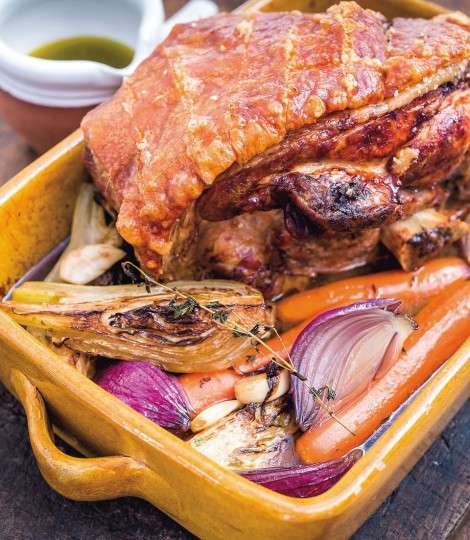 If that doesn’t get your gastric juices flowing, you’d better get someone to quickly check your pulse or hold a mirror up in front of your lips to make sure you haven’t just keeled over and died. Because that dear reader is a thing of deep, deep and lasting beauty. Well OK, maybe not lasting — it’s pretty much guaranteed to disappear almost as soon as it lands on the plates — but you know what I mean?

I’ll be cooking and experimenting using the recipes here for a long time to come.

Sustainability and respect for the whole animal shines through every page. Buy it! Buy it just for that gorgeous yellow cover alone. But seriously, do buy it. It’s a great book by a man at the very top of his game.

After reading and cooking a few of these recipes, you should then relax and take a few minutes to watch “Every hog has its day”, a short but funny, Vimeo clip of Turner wielding cleaver and steel. See what I mean about menacing?

And “one last thing”? This time it’s a shot from a Netflix series called “The Mind Of A Chef”. This episode features April Bloomfield who I’ve raved about before meeting Tom Adams (ah, yes, him. Again) at his farm in Cornwall, looking at the lovely Blonde Mangalitza pigs… 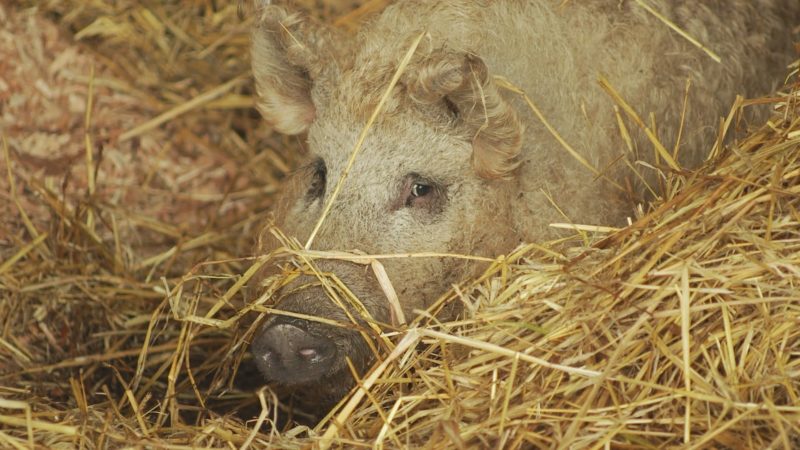